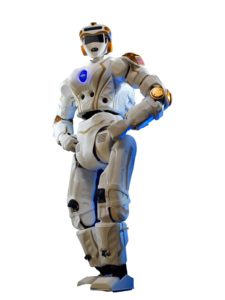 National Aeronautics and Space Administration (NASA) has given Massachusetts Institute of Technology (MIT) a humanoid robot to develop software for future space missions to Mars and beyond. The robot, known as “R5” or “Valkyrie,” is a six-foot, 290-pound humanoid machine.

NASA says it is interested in humanoid robots because they can help ― or even replace ― astronauts working in extreme space environments. Robots like R5 could be used to perform mission tasks before humans arrive or as human-assistive robots collaborating with the human crew. While R5 was initially designed to complete disaster-relief maneuvers, its main goal is now to prove itself worthy of even trickier terrain: Deep-space exploration.

“Advances in robotics, including human-robotic collaboration, are critical to developing the capabilities required for our journey to Mars,” said Steve Jurczyk, associate administrator for the Space Technology Mission Directorate (STMD) at NASA Headquarters in Washington.

“We are excited to engage these university research groups to help NASA with this next big step in robotics technology development.”

The Hollywood You Didn't Know