The Artist of Real Estate

As I drove up to meet the artist, author and affluent home designer Frank McKinney, I knew I was going to his treehouse near Palm Beach, FL, but I didn’t expect to be climbing up a narrow ladder or crossing a suspension bridge to get into his office. And let me say, my choice of footwear was all wrong! Once I navigated up and onto a flat surface, I discovered the breathtaking view of the ocean out of 12 windows in only 212 square feet. The treehouse is nestled high up in a gorgeous sea grape tree. I now understand how this place gives McKinney the inspiration to create the masterpieces he does, including six bestselling books in five genres. 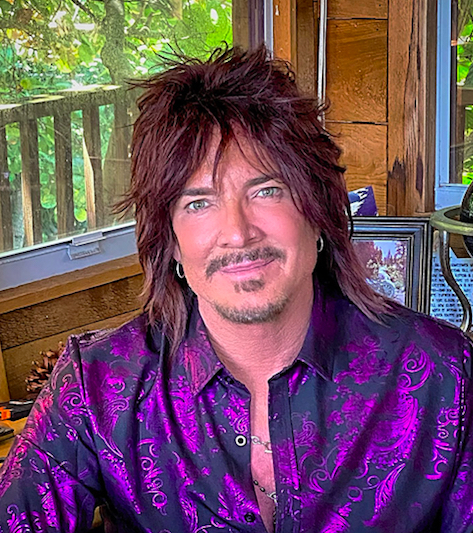 In fact, Frank had not written a single book until he found this special place. When I sat down with him, I realized how down to earth he is. They say looks can be deceiving – and that is definitely true here. His reddish-colored hair on that day, which he says he changes every few months, and rock-star good looks are the antithesis of the man he truly is on the inside. Maybe it is because of his humble beginnings growing up in Carmel, Indiana.

A Look At Frank’s Early Life

Frank is the eldest of six children. His father was a former Olympic medalist in swimming who became a successful banker. His mother was a school teacher, a warm and kind woman who Frank said kept her family together through a strong devotion to her faith. Frank isn’t shy to say he got into quite a bit of trouble as a youth, stealing cars and racing around in them. He found himself in juvenile detention seven times over the course of his first 18 years. That was the bad-boy persona he managed to get out of his system early on, “well, for the most part,” he said.

At 18, after four high schools in four years, Frank left Indiana for Florida in search of a new life – the fast and luxurious life he desired, and ultimately his true calling. He took a job at a golf course digging sand traps. Frank worked alongside Haitian workers and was donned the “white Haitian” for his fierce work ethic. He said he found the Haitian people to be kind and genuine, and that’s why he later decided to do philanthropic housing projects in Haiti.

Once in Florida, Frank became a certified tennis instructor, teaching the sport to wealthy clients. In conversations with them about how they achieved success, he noticed a frequent commonality: They were acquiring their wealth in real estate. The success stories inspired Frank to give up making $100,000 a year teaching tennis and to pursue real estate. He took money he saved from teaching and bought his first house, a crack house for $50,000.

For five years, the young investor didn’t purchase property for more than $100,000. “I became an expert at the ‘craft’ of real estate, not the business of real estate,” Frank said. He knew he had to differentiate himself from everyone else in real estate. “Personal branding is the art of amplifying your essence to the point where your customers, potential or current, become subliminally intoxicated with you first, then your product. That’s what makes people line up for what you are selling, whether it’s art or real estate. I can build three-dimensional art; who else builds art you can live in?” Building artful homes became Frank’s compelling brand.

After a few years of rebuilding and renovating crack houses, he jumped from $100,000 homes to a $2.2 million home. That is when Frank said the artist in him really started to blossom. He developed a keen skill of knowing what the ultra-wealthy wanted before they even knew they wanted it. He thought ‘most of these people had seen it all, had it all or bought it all.’ He wanted to find a way to wow them with his unique designs and present them with something they had not seen before. “The homes I build are my artistic expression. My canvas is a sun-drenched beach known as the Atlantic Ocean,” he said.

There is a strong woman who stands beside this successful man. Frank’s wife Nilsa is an interior designer. She decorates all of his homes, and he jokes that he is her worst client. Frank said he thought Nilsa was out of his league, but that didn’t stop him from pursuing her. When he first met her, he had an office in an executive suite next to Nilsa’s. One day, he went to the office straight from a tennis lesson, still dressed in his little white shorts. He went into the shared copy room where Nilsa was working. He stuck a blank piece of paper in the copier and selected 100 copies. Then, he started bending over in different positions just like Jim Carey did in ‘Dumb and Dumber,’ trying to impress her. Nilsa wasn’t impressed at all. In fact, she turned him down when he asked her out.

Frank finally took another approach. “You decorate homes, right?” he asked Nilsa. “Yes,” she replied. So Frank asked her to look at one of his little homes and tell him what she thought. Without missing a beat, Nilsa said, “I need a $500 retainer.” Frank said $500 to him was close to his whole decorating budget for the house. That didn’t matter; he gave her the retainer. He picked her up in his Mercedes-Benz convertible, with its tiny back seat filled with enormous speakers. He pulled up blasting a song by Van Halen, and she almost didn’t get into the car. Once they arrived at the house, Frank asked her what she thought. “Bulldoze it,” she told him.

Knowing Nilsa wasn’t going to help him with the house, he decided to ask her out to dinner. She told him she didn’t date clients, so he turned to her and said, “Ok, you’re fired.” Frank said she finally warmed up to him but said, “ok, but I’m keeping the $500.” And that is, as they say, history. They have been together for more than 30 years.

Talking to Frank, it was evident that he has a gift. He is able to talk to and relate to the wealthiest people in the world, and then right after that sit down with a group of homeless people and make them feel important and valued. Not many people are capable of doing that.

Frank’s final masterpiece – a spec home he built in South Palm Beach at 3492 S. Ocean Blvd. – sold in June 2020 for $13,900,000 beautifully furnished. McKinney’s artistic side expresses his unique approach to this property. Upon entry, in the living room/foyer, stands a one-of-a-kind, 5-foot-tall clear sphere tank filled with jellyfish that change color with a program of LED lights (see below). It is the centerpiece, and the beautiful Atlantic Ocean is the sphere’s backdrop. Frank didn’t want a TV in this room. He wanted the owner to watch the jellyfish and relax in their serenity.

To Frank, any home has a money room and that is the kitchen. In this kitchen (pictured below) is a countertop made of 11,000-year-old lava from Auverge, France. It has been polished and finished to an exquisite azure blue, carrying the powers of the earth, wind and fire. The magma rose from incandescent depths of the earth and turned into a beautiful stone that was petrified by the wind.

This tropical modern designed home invites outside elements of the sand and sea inside. It gives the feel and smell of the ocean air because of the 12-foot floor-to-ceiling glass sliding doors that completely open up the home. This is just another feature that is exclusive to this artistic spec home. This final masterpiece is a culmination of Frank’s artistic talent – the maestro’s final real estate masterpiece.

He wants to go out on the top of his game in real estate, while the passion still burns and can then be redirected to something new. As for his future, Franks said he plans to author more books and start to paint. He even has his first eclectic piece in mind titled “DNAmplified.”

To Frank, the best part of the future is not knowing where it will take him. “Every day I am afraid, but fear is a sensation that we feel as a result of the thought of taking a risk, not the actual taking of the risk.”

To learn more about the real estate artist and author, visit www.Frank-McKinney.com.